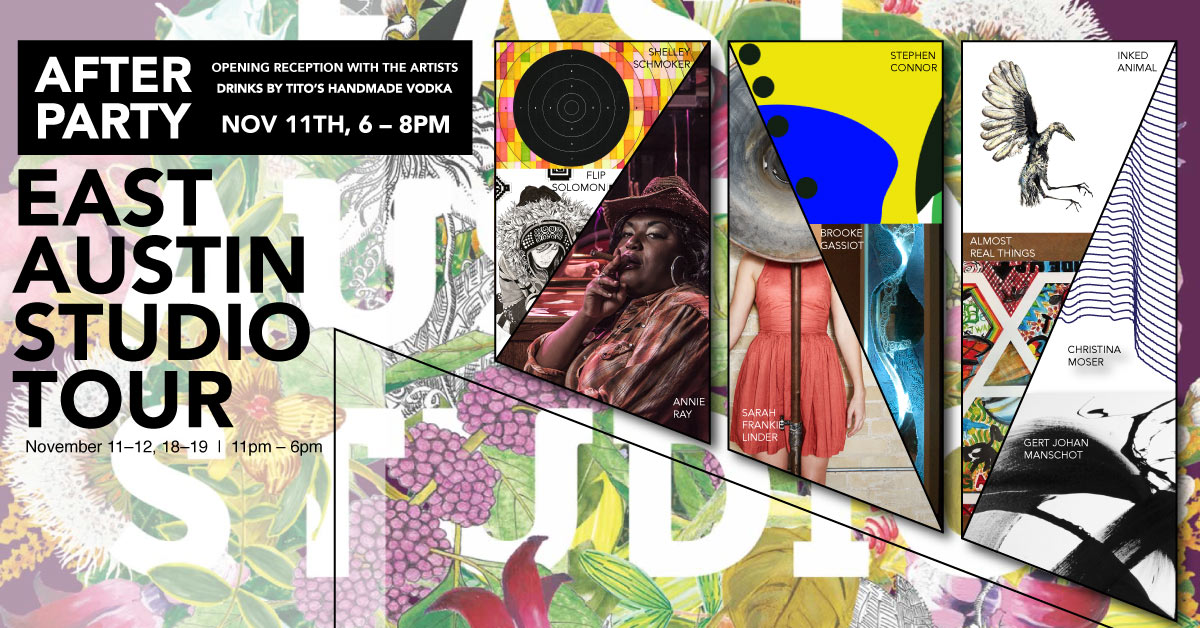 Join us in our two studios for the 2017 East Austin Studio Tour at Canopy (916 Springdale Rd). E.A.S.T is a tour that showcases the artistic talent of Austin, and with 50 open studios at Canopy, it is the place to explore over many days of the tour.

The after party and opening reception will take place in both spaces (Bldg 2 Ste 107 & 106B — across from Sa-ten) after the first day of the tour. We’re featuring drinks by Tito’s Handmake Vodka and lots of fun giveaway items from us.